We received an estimate request from a client who we have worked with a number of times before. A local property manager was in need of parking lot paving in Sanford. We had previously worked in the neighborhood performing various asphalt paving jobs. The manager explained to us that a number of areas in the neighborhood were in need of some asphalt repair. There were a few potholes that had formed, as well as fading striping. After speaking with the manager, we were able to determine a date to meet at the property. Our crew was familiar with the location and what type of work the job would likely require.

Our crew arrived the following week to the project site and quickly began to evaluate the job. It was clear where the problem areas were, and what work would need to be done. We agreed to patch the areas where potholes were forming. We also decided to restripe the specified parking spaces, as well as sealcoating the current asphalt. Altogether, the project would only take a few days to complete. However, with consistent traffic, we had to plan accordingly. We did not want to hinder the residents in their daily routines.

The pothole patching was completed within the first day. In order to seal coat the asphalt paving, we needed to section off specific areas to allow it to dry. Finally, we re-striped the specified parking locations to make them more aesthetic and easily visible. By the time we were finished, the asphalt looked nearly new. The property manager was very satisfied with our craftsmanship and efficiency. 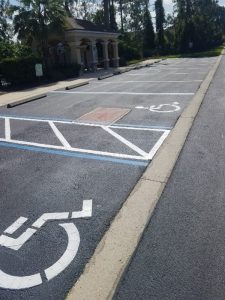 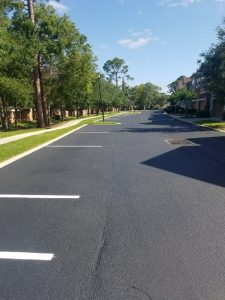 Let us provide you with a professional estimate for your needs at no cost.

Complete this form and one of our experts will contact you regarding your needs. 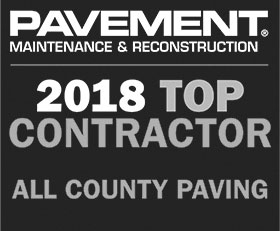 WHAT OUR CUSTOMERS ARE SAYING